The history of literature is defined by the writers who took their own paths.

Whether it be Ernest Hemingway and his iceberg prose, Hunter S. Thompson’s Gonzo journalism, or Jules Verne and his inspired visions of the future, the most revered writers are known for their own styles, their own ideas, their originality and their revolutionary contributions to literature and journalism.

Creativity knows no order, and cannot be tamed by a style book. So be strange! Be different! 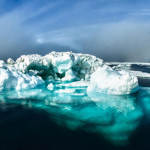