At the core of persuasive writing is a reasonable argument. How you make that argument will determine its effectiveness, so let’s take this opportunity to review the elements of a good persuasive argument.

Aristotle developed what is known as “the theory of the syllogism.” If there is one thing you should remember about syllogistic logic, it is that this form of logic deals in assumed, accepted truths, or premises. It is a form of analytical, formal logic, mathematical in nature, consisting of a major premise, a minor premise, and a conclusion. You should recognize it:

When formulating an argument in writing, or in any communications medium, the syllogism is not the best, nor the most appropriate, tool in your arsenal.

Instead, we should look at Toulmin logic. This form of logic was developed by Stephen Toulmin directly in response to syllogistic logic, which he felt was not adequate in the realm of actual, rhetorical debate.

His idea was simple: state a claim; provide evidence to support that claim; and connect the evidence to the claim via a warrant. If necessary, provide backing to support the warrant, and recognize the potential for rebuttal. He also made use of qualifiers in order to either increase or decrease the amount of certainty in or scope of the claim.

A lot of this comes down to common sense. However, analyzing the elements of a Toulmin argument, whether one that you are making or one that you are presented with, will allow you to expose potential fallacies or secure your argument with a logical, reasonable focus.

Let’s take a look at each element of a Toulmin argument:

1. Claim. The claim, in this case, is not a premise — it is not an assumed truth, but rather itself a conclusion which must be supported by the evidence provided within the argument.

2. Grounds. The grounds (also known as evidence or data) consists of any information that will support the claim.

3. Warrant. The warrant logically connects or relates the grounds to the claim. In other words, the evidence must be relevant, and so the warrant justifies its presence within the argument.

4. Backing. If the warrant cannot stand on its own, if it is not accepted as truthful or credible, the backing serves to support the warrant.

5. Rebuttal. The rebuttal anticipates and recognizes any potential objection to or restriction of the argument.

6. Qualifier. The qualifier (in literary terms called a grammatical modifier), while not always necessary in a Toulmin argument, serves to either increase or decrease the amount of certainty in or scope of the claim.

Words such as sometimes, often, potentially, perhaps, and few all serve to qualify statements, to either increase or decrease their scope within the argument. Qualifiers may also limit the statement (for example, if I qualify the word book with green, I create the phrase “green book,” the same as any adjectival phrase). Just remember that qualifiers are at their core grammatical modifiers, adjectives and adverbs.

Using the elements above, here is an example of a basic Toulmin argument in action:

Everything Is An Argument

You should recognize Toulmin logic as the basis for all modern persuasive argument. This is not only because it is logical, but because it makes sense: state a claim, provide evidence to support that claim. Qualify your statements, foresee rebuttal, and prove that your evidence is relevant. 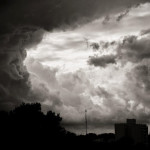 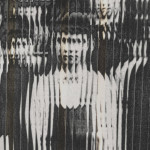